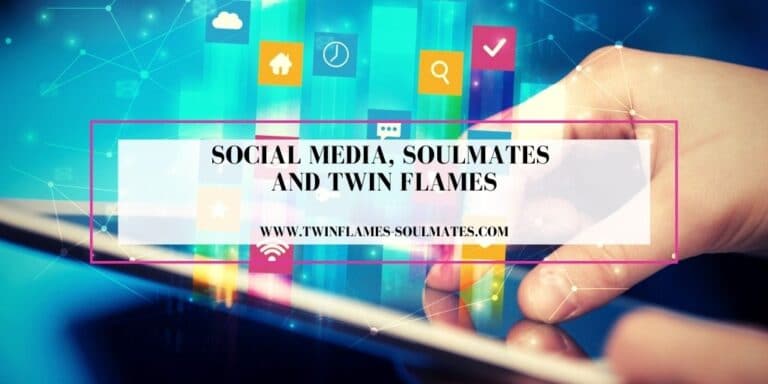 Social media can be problematic for soulmates and twin flames.

First of all, social media tends to glamorize everything. Reality and social media don’t tend to mix. Many people post on Facebook and Instagram what they think will make them appear as better versions of themselves. The harsh realities of life and love should not always be on display for the rest of the world. Now add in the misinformation put out on social media and you have even more issues.

Stalking their posts and photos.

For soulmates and twin flames, social media can be an investigation tool. For instance, let’s say someone wants to know about their soulmate. They’re taking a break from each other, but one is curious what the other is up to. So, they investigate through their social media accounts.

Perhaps they see their spiritual partner out and about having fun, while they’re home alone. They see just post after post of positivity. So they become depressed and believe their soulmate or twin flame has moved on without them.

Now if everything put out on social media were true it might mean something. But since people, including soulmates and twin flames, lie on social media, it means nothing. Please don’t believe what’s posted on social media is a true representation of your soulmate or twin flame’s life.

Secondly, sharing soulmate and twin flame melodrama on social media is tacky. It’s also rude, disrespectful and destroys privacy and intimacy. What goes on between a couple should stay between the two of you. Sure, ask for advice from your friends, family or therapist. But sharing private information publicly does no good for your relationship.

It doesn’t make you look good and it doesn’t make them look good. Also it does nothing to solve your problems. Your relationship problems should not be for public consumption.

Spiritual relationships should not be ego driven.

Once ego enters into the picture you will fall off your spiritual path. So if you’re glamorizing your soulmate or twin flame relationship, you’re coming from a place of ego. Bragging or showing off doesn’t help anyone going through a similar experience. So what are you doing it for? Get back on your spiritual path and give your ego a rest. Nothing is wrong with posting about your happiness together. What we are talking about is those that go overboard.

Contrary to social media misinformation, these relationships don’t have to be that hard. It’s not mandatory to have drama and pain in spiritually connected relationships. It’s the choices you both make that create the problems and how you deal with them. The responsibility belongs to the two of you. It’s not the fault of your connection.