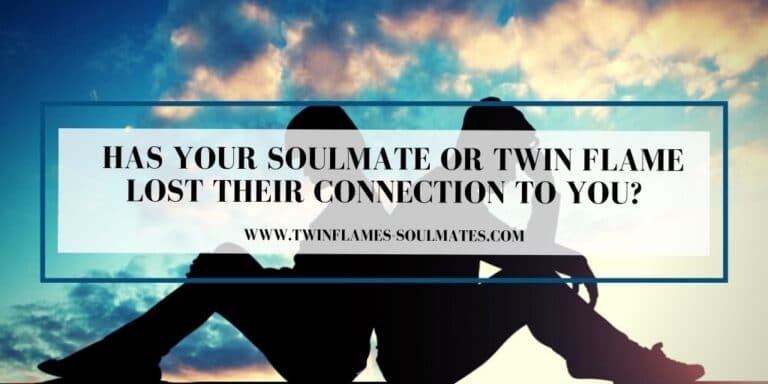 Do you feel your soulmate or twin flame has lost their connection to you?

Was your union so strong at one point, but now it seems as though they’ve cut the cord?

Do they act cold, nasty and/or indifferent towards you?

Are you experiencing a severing of the spiritual connection between you? And, if so, will it be lost for good?

First of all, a soul connection you have with someone is not something you can turn on and off. You can’t do it on a whim, like a light switch.

What the universe creates, we mere mortals have no power to vanquish with the snap of our fingers. We don’t have the like Endora does on Bewitched.

The strength of the soulmate or twin flame connection can weaken at times. The bond never really goes away because a spiritual connection is eternal.

There could be many other reasons why you feel a disconnection from your soulmate or twin flame. The reality is that they really didn’t cut the cord.

So what makes someone behave in a way to make you believe they’ve lost the connection you both know is real?

Most people hope to find a soulmate or twin flame that becomes a true spiritual union. Then when they actually have it right in front of them, it scares them half to death. If they go with the tidal wave of emotions they feel, it will be one hell of a great ride. However, if they try to swim against the tide, they can feel as though they are drowning.

The emotions that come with a soulmate or twin flame connection has made more people freak out than you can fathom. Since they can’t handle it, they do everything in their power to try and prove it doesn’t exist. They wish to prove it never existed or has ceased to exist.

It’s a devastating blow and causes insurmountable pain. You can try everything to prove them wrong at this point, but it won’t work. They’re not open to what you have to say. They refuse to consider what they know they feel.

This is something your soulmate or twin flame has to work out on their own.

If you have betrayed your soulmate or twin flame over and over again, the soul connection still remains. It may be damaged, but it’s still there. The problem may be that it weakens to the point that one or both of you are ready to let it go.

Even soulmates and twin flames have a threshold for nonsense. They can decide your connection they have is something they are willing to release. It still exists, but if they’re hurt enough, they can mute your connection to a certain degree. It’s like turning down the radio. It is still on, but more in the background, not on full-blast like it was before.

Soulmates and twin flames never really lose the spiritual connection, they just find another way to live with it.

6 thoughts on “Has Your Soulmate Or Twin Flame Lost Their Connection To You?”