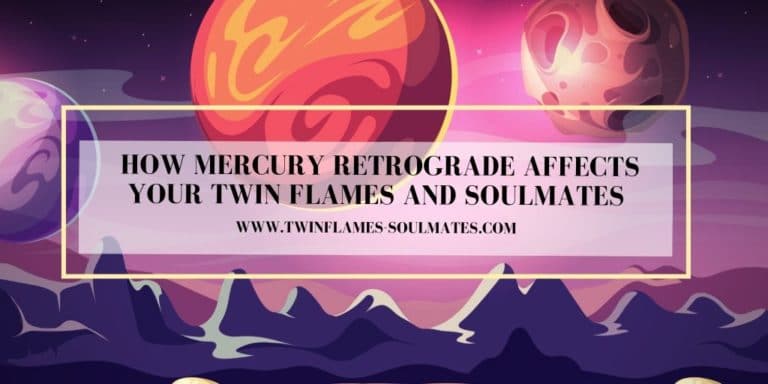 Three to four times per year the planet Mercury appears to be traveling backwards in its orbit. Of course it’s not really moving in a backward motion. But from our earthly perspective, it appears that way.

Mercury is the Winged God of ancient Rome. He rules communication, travel, the internet and all electronic gadgets. During a Mercury retrograde we can expect travel delays, miscommunications and missed communications. You will experience computer snafus and crashes, appliances breaking, appointment cancellations and problems with automobiles.

The planet Mercury rules communication. When Mercury is traveling in its normal planetary motion communication can be difficult at times. This is especially true when it comes to soulmate and twin flame relationships.

With a retrograde Mercury, communication can come to a standstill. Communications are all over the place. Cellphones, home phones, email systems and the internet break down. Social media can have greater than usual technology snafus. Text messages get lost in some virtual place. Email systems go down. Facebook has a major technical glitch. During these three weeks, communication is just a mess.

Even without the technological breakdowns, communication is still very challenging. When we’re living under the influence of a Mercury retrograde, our energy moves inward. It’s a good time for communicating within. But not so much externally, with others.

Misunderstandings and misinterpretations are also heightened during these periods. You may say one thing to someone but they will likely misunderstand you or miss your intent all together.

Mercury retrograde can be tough on soulmate and twin flame relationships. This is not a good time for beginning a new relationship. The backward motion of the planet will eventually make the relationship undo itself.

It’s not very common for soulmates or twin flames to meet during this period. It is also not a good time to expect great communication from your soulmate or twin flame. As we mention, this is a better time for looking inward as opposed to having significant outward communication.

When that communication does come, expect misunderstandings and misinterpretations. This can create arguments and conflict between you and your spiritual partner. If this occurs, the best thing to do is step away because further discussion could lead to more conflict.

And now the good news…

On a positive note, breakups occurring under a retrograde Mercury are usually not permanent. When the illusion dissipates, the majority of broken relationships will reunite. So if you and your partner explode into a major argument and end the relationship, chances are you will get back together.

A retrograde Mercury is a time when our past love interests can come back around. If you have broken up with a soulmate or twin flame who still tugs at your heartstrings, the opportunity for them returning are greatly increased during these Mercury retrograde periods.

Mercury retrogrades can be challenging especially when it comes to a soulmate and twin flame. Being prepared, and knowing what to expect, will allow you move through these periods and get safely to the other side, with your sanity and relationship intact.

7 thoughts on “How Mercury Retrograde Affects Twin Flames and Soulmates”