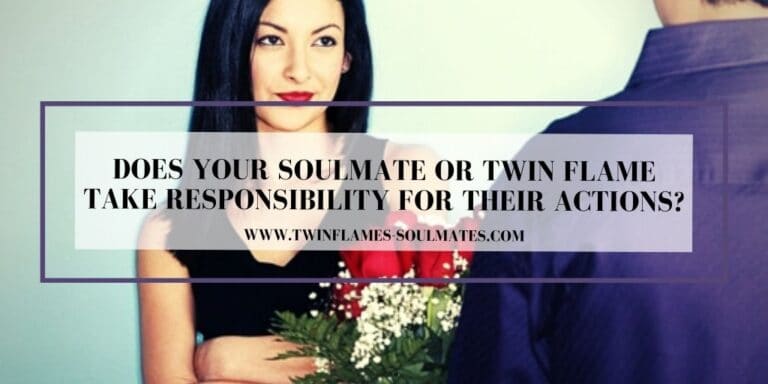 Does your soulmate or twin flame take responsibility for their actions? Do they understand they hurt you? It may seem as though all you do is show unconditional love yet they keep doing things to make you feel bad. What is worse, they don’t seem to be truly sorry for what their behavior.

How can you forgive your soulmate or twin flame, yet again, when they show no remorse?

They apologize and insist they won’t do it again, but their word doesn’t mean anything to you. They keep doing the same things over and over, and although they say they take responsibility for their behavior, you refuse believe them. Why would they repeat doing things to hurt you if they really had remorse? They wouldn’t.

There are many soulmates and twin flames that don’t act like they feel bad at all. They pretend nothing ever happened. They expect you to let them off the hook as if the whole thing was just a dream.

LET THEM OWN IT

Never let a soulmate or twin flame pull the amnesia trick on you. Let them know how your feel, even if you’re the one that has to bring it up. Let them know that until they show you they actually have a conscience, apologize and acknowledge their transgressions, there is nothing to say.

They owe you an explanation and an apology. Any apology is better than acting as though it never happened. They have to take responsibility for what they did or said to you, and they should pay some consequences for it as well.

It’s not your responsibility to fix what they break. It’s up to them. And they cannot even begin to fix things and help you heal when they refuse to acknowledge the elephant in the room. It’s time to confront them and it’s not up to you to make yourself feel better. You’re more than likely a good person, and if you hurt someone you would feel remorse. So why shouldn’t they?

If they’re a decent human being, they will, so give them back the responsibility of fixing their own messes. Think about how you felt when your soulmate or twin flame hurt you and they ignored it. You feel awful, unloved, and not understood. You want your feelings validated, and you want the person that hurt you to make you feel better.

So don’t let your soulmate or twin flame off the hook.

Don’t let them feed you a line that they’re not good at apologizing. They can and they should make it up to you. It’s not about just enjoying the good times together, but about being there for one another when things are rough, especially when they’re to blame.

So just because your soulmate or twin flame does not take responsibility for their behavior, it may be because you are not calling them out on it. Don’t sweep it under the rug.

1 thought on “Does Your Soulmate Or Twin Flame Take Responsibility For Their Actions?”