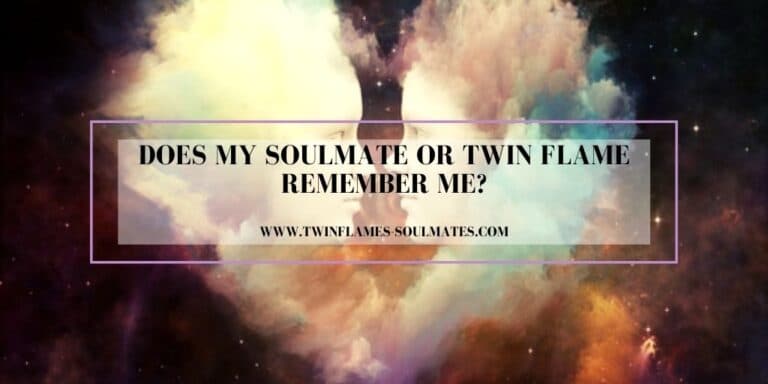 Does my soulmate or twin flame remember me? Have they forgotten our relationship and our connection?

Although your soulmate or twin flame moves on with their life, there is no doubt they remember you.

THEY MOVED ON AND DON’T REMEMBER ME

Your soulmate or twin flame may put happy pictures of themselves all over social media. They purposely want to give the impression they no longer remember you. But of course they do because the connection itself makes you unforgettable. Regardless of what they’re trying to portray to the outside world, inside their feelings and bond with you still exist. A spiritual connection is eternal.

Just because they no longer communicate with you, there’s no proof they no longer remember you. You may think the connection is all in your head. Then you try to convince yourself they really weren’t your spiritual partner.  This causes you to believe the feelings and connection are only one-sided and they didn’t feel the way you did.

This happens often when soulmates and twin flames separate.

The one left out in the cold thinks a real soulmate or twin flame will never do this. That’s a common misconception.

Soulmates and twin flames frequently try to distance themselves from one another. At times they can freak out by the overwhelming emotions they’re unequipped to handle. So they’re are in a state of denial. Now they want to prove to the world, and themselves, they don’t have a soulmate or twin flame.

It really doesn’t matter why your soulmate or twin flame left your life. The bottom line is that they can’t forget you, no matter how hard they try. Trying to replace you simply won’t work.

They may have gotten into another relationship with someone who doesn’t make them feel the way you do. It’s a safer relationship. They will never feel as strongly for that person as they do for you. Nor will they be as vulnerable to them as they were to you. They don’t have to risk being hurt with this person as they did with you.

That’s simply because they don’t care about them the way they care about you.

This person, to them, is “safe”. They will always know their new person is more emotionally vested in the relationship than they are. It’s a false sense of security because they don’t realize the ramifications of what they’re doing.

It will be hard on you both when your soulmate or twin flame makes the wrong choices, that’s for sure. But even in this new relationship, they will always remember you and what they ran away from.

3 thoughts on “Does My Soulmate Or Twin Flame Remember Me?”