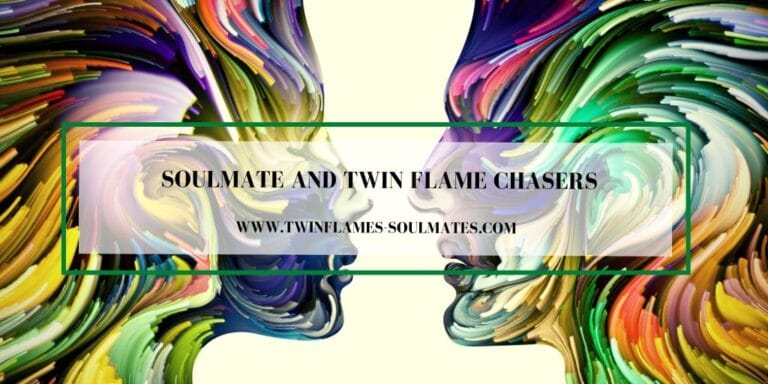 Soulmate and twin flame chasers are almost as common as runners.

In spiritual partnerships, it’s overwhelming to  navigate through the wave of emotions. The intensity of the connection is extremely overwhelming to many of those who experience everything that comes with it.

There’s the positive side, of course. And that’s feeling a deeper sense of love than you have before. You will feel more understood, which allows you to open up and be more vulnerable. You will have a sense of understanding and safety to be yourself. This allows yourself to be open in a completely new way.

Now that is all great. But in spiritual connections a negative side comes into play. When one or both partners in the relationship allow fear to take over, they will run as fast as they can from the connection. In it’s own way it’s an attempt to deny the connection exists. And the runner will use it to prove to themselves, or whoever, the connection is not real.

It could be they aren’t prepared to move forward in the relationship because they’re afraid of the seriousness of it. Maybe they are fearful of the changes they would have to make in their life to pursue a spiritual partnership. Whatever the reason, they decided to run and hide from it. This leaves the other partner confused and hurt in ways they’ve never hurt before.

Everything was going great! They were so happy and talked openly about their feelings. This time everything felt right. They both expressed this time it was for real. Now the runner won’t talk to them or see them. They either said their feelings changed out of the blue or just ghosted them completely.

The impulse now, for the one left behind, is to chase the runner to try and reason with them. They’re afraid if they don’t do this, they will never come back. The idea they may date someone else, or forget about them, terrifies them. They believe their only option is to chase after them and see if they can plead their case and change their mind.

CHASING WILL ONLY MAKE IT WORSE

When someone is having a hard time dealing with a spiritual connection, the worst thing you can do is chase after them. It only makes them pull further and further away. It will prolong the process of them dealing with the connection. They don’t feel what it’s like not having them  around. It also delays the process of them regretting their decision to leave. All it does is keep them stuck on running as opposed to figuring out why they ran in the first place.

It’s so hard to let go of the urge to control the situation. You can’t learn the lessons for your spiritual counterpart. They have free will, just like you do. Their lessons are for them as well as the growth and changes they need. It would be wonderful if you could help one another. But in some cases you have to allow them to learn all by themselves.

Take the opportunity to see what this has brought out in you that needs addressing. Are there changes you need to make that the universe is pointing out to you? Instead of focusing on what they need to learn and how they need to change, bring the focus back to you. Because this is where it will do the most good.